The Electric Heartbreaker on DVD

This isn't cartoon-related, but I'll post it here anyway. Years ago, I co-created a live-action short film called The Electric Heartbreaker. Recently, we finally made it available on DVD, with fun extras and everything. If anybody's curious, here are a couple of clips:


official site
facebook
buy it on amazon ($9.99)
Posted by Chris_Garrison at 7:56 PM No comments:

A slightly belated, but lovely nonetheless, card from our fellow SHC Nolen Otts: 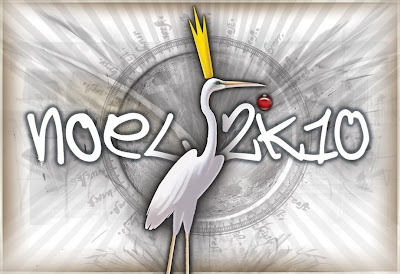 Posted by Chris_Garrison at 4:44 PM No comments:

From our fellow SHC Howard Cruse:

Happy December
packed as it is
with holidays worth celebrating
and childhood memories
that hopefully make you smile. 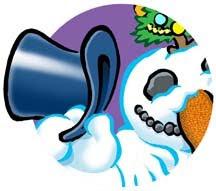 If you click the link below, you'll find the cartoon I've drawn
as my contribution to this year's festivities,
as well a bonus link to a video
that the cartooning fans among you may enjoy.

First, a bit of background: For anyone who doesn't know, DummComics.com is a great site for web comics, featuring new strips everyday, by a brilliant stable of artists. On Mondays, Wednesdays, and Fridays, they have one called 1930 Nightmare Theatre, by Ricky Garduno. It's an awesome comic.

It's been running for a long while now. If you haven't been following it, and you want to sorta catch up on the evolution of the strip, start by reading the first few installments, starting HERE (then use the arrows underneath, to navigate forward). Read a few pieces from the middle of the run, starting HERE. And read some of Ricky's most recent editions, starting HERE.

Now here's my news: Ricky Garduno invited me to do a guest strip for 1930 Nightmare Theatre! So I did, and it was posted on the site today. Check it out HERE. Like most of the guest artists, I tried to honor the spirit of 1930 Nightmare Theatre, while at the same time putting my own spin on it. 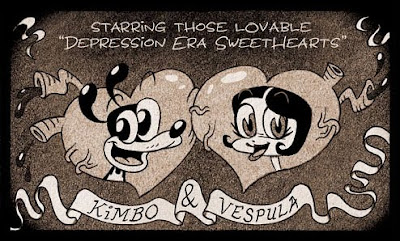 Posted by Chris_Garrison at 9:54 PM No comments: 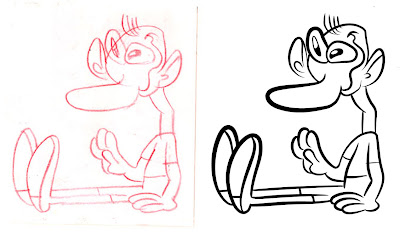 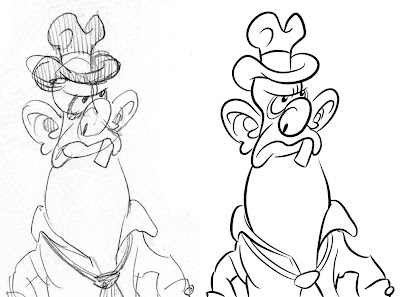 I get more accuracy this way. I mean, I can really get the ink line to sit RIGHT ON the pencil line, if I want. But I think it has a little less life than the previous two methods I tried. It lacks a certain spontaneity and humanity. Next I'll try inking in Manga Studio.

You may remember Area 47 Entertainment as the guys who made that Dag Nab Ants video I posted here recently. Jeremy Burns animates videos for the songs created by his brother Chris Burns and him. And now, they have their own SHC page, HERE. Take a look!