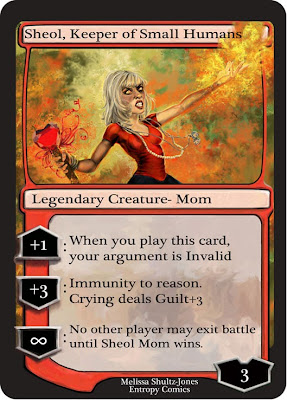 Posted by Chris_Garrison at 1:35 PM No comments:

Kingdom Comics, in Vestavia, is having an event tomorrow, called Kingdom Art Attack.  Local cartoonists and comickers will be there throughout the day to sell comics, prints, take commissions, and do caricatures.  Some artists might arrive as early as 10am.

Then at 6pm, the artists will be challenged to create an original piece of art, based on a wacky, randomly-generated sentence.  They're allowed 90 minutes to work on it, and they can use any medium they like.  (Although probably not digital, because there aren't enough plugs to go 'round.)

Posted by Chris_Garrison at 1:30 PM No comments: