The number of entries on SaltyHam.org just went up to 76, with the addition of two talented new Salty 'Hams.  Check 'em out! 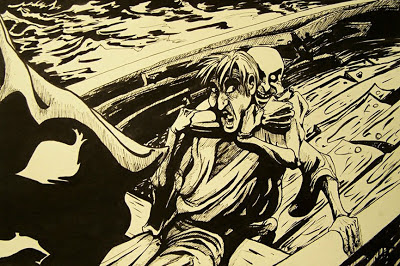 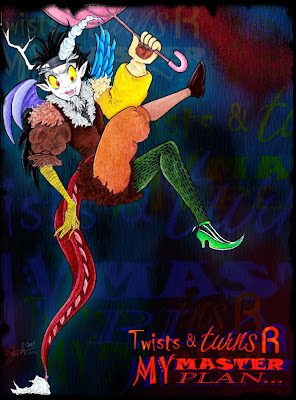 But, believe it or not, there are still a huge number of Alabama cartoonists who HAVEN'T joined the Salty 'Ham Cartooneestas!  What's up with that?
Posted by Chris_Garrison at 3:23 PM No comments:

I've been doing more caricatures, at the Birmingham Feline Fanciers Cat Show and at Hospicelink.  I started drawing them on clear plastic cels, and using paint markers and colored-paper backgrounds.  Here are 12 of my favorites.

What do you think of this technique? 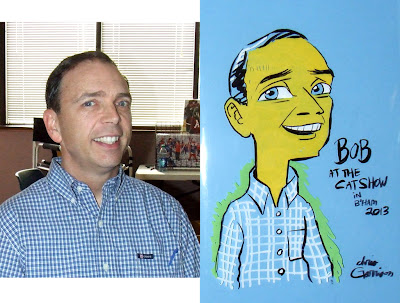 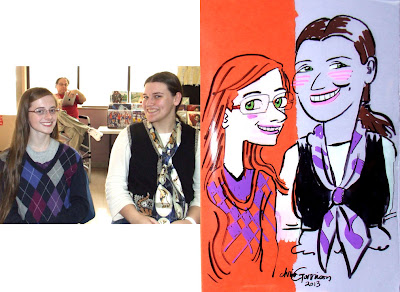 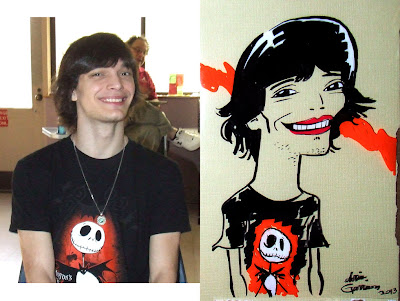 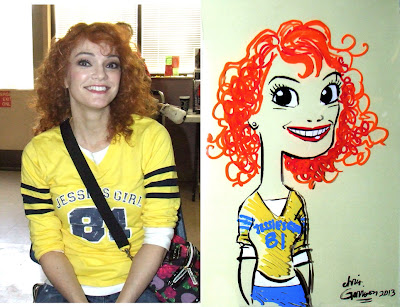 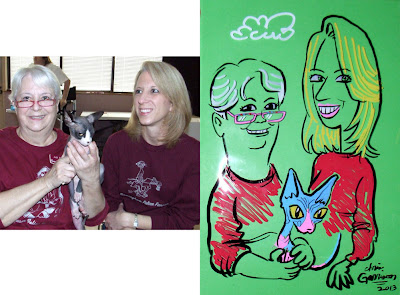 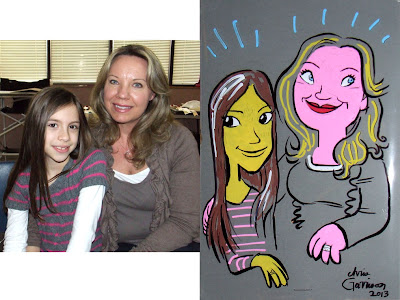 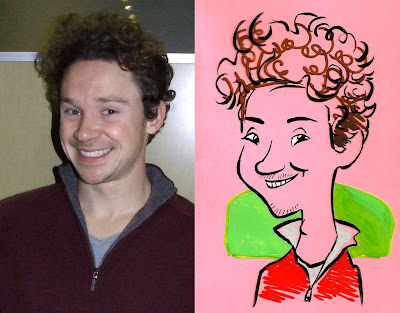 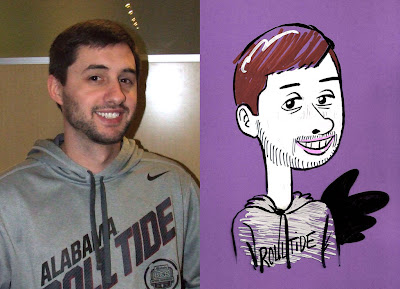 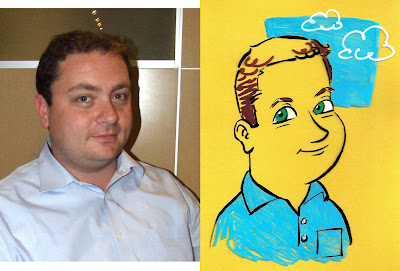 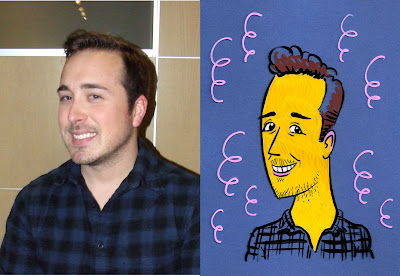 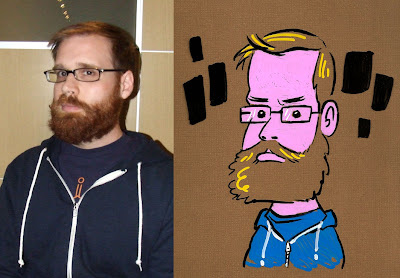 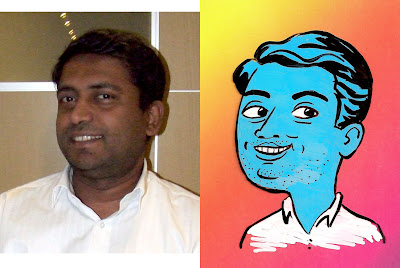 Posted by Chris_Garrison at 3:14 PM No comments:


What do you guys/girls think of this... Let's establish a network of independent retailers locally who will let us put our stuff in their stores. Just because the big companies abandoned the newsstands for the comic shops doesn't mean we have to!  :-)

I'd like for people to see comics around in stores, rather than having to make a special trip to a "comic shop". Granted 99.9% of Birmingham would only care about a comic if it had Nick Saban on the cover, and then only for a split second - still there is that .0001% who might be interested! Kids especially are not yet as set in their ways about what is acceptable entertainment, and might buy a comic if it looked interesting - but they might never think to go to a comic shop in the first place if they don't come from a comic book family. We must not let such unfortunates miss the opportunity to have their minds warped forever!

It's also just a lot of fun to put your comics out in the regular world, outside the comics ghetto. I've become better acquainted with the clerks at my local grocery, City Supermarket here on the Southside, through putting my comics in their store. Jim Reed at Reed Books was nice enough to take some as well, though I'm way behind in supplying him with the newest release (also need to follow up with Homewood Toy & Hobby.)

We'd have to work out the details of making or finding some sort of small display rack for 3 or 4 "titles" (maybe it would be designed to hang from counters or walls.) I'm not sure how many of us are self-publishing anything right now? Off the top of my head, I think Chris Garrison and Chris Fason have print comics/GN's available (or something ready to print in small #'s if not?) Maybe this idea would encourage others to do a small print run as well.

Even if you don't have any comics ready to distribute, you can help with ideas about the display, or suggesting possible retailers (or talking to any retailer friends you might have, such as the independent coffee shop you go to, etc.) I know we don't usually get much discussion here, but feel free to comment, I'd like to know everyone's thoughts on this, pro or con, or questions etc. Would you be interested in distributing a comic this way? Do you have any ideas for the display, or retailers we might consider?
Posted by Tim Rocks at 11:45 AM 7 comments: