Following up on last week's post, I finished my cards for Alterna Originals 5th Anniversary Trading Card Set, my third sketch card set for this year. 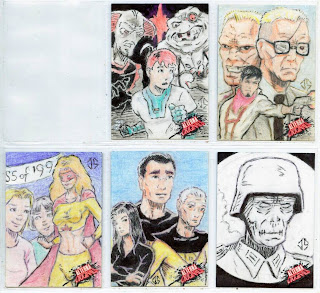 From top; "Adam Wreck", "American Terror", "Anyone But Virginia", "Deadbeat", and "Fubar." You can find out more here.
Characters & related elements © their respective owners/Alterna Comics
Posted by Unknown at 4:51 PM No comments:

Several of our fellow SHC's have new comics ventures that are definitely worth a mention here.  Interestingly, I'd say they all fall into a genre I'll call funny-auto-bio.  I think there are a lot of arty-auto-bio comics in the world, but not a lot of FUNNY-auto-bio comics.  However, all of a sudden, here are several great funny-auto-bio comics, being produced by Salty 'Hams: 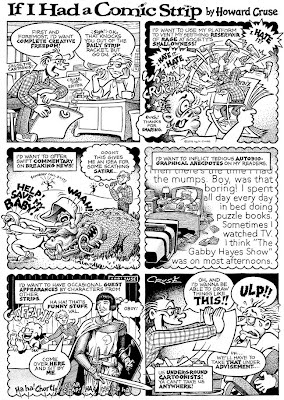 
James Hislope has begun drawing a strip which he regularly posts to Facebook.  It's called A Warehouse Life.  It's fantastic, and I can't believe how fast he turns it out. 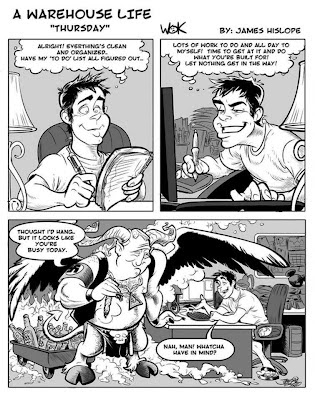 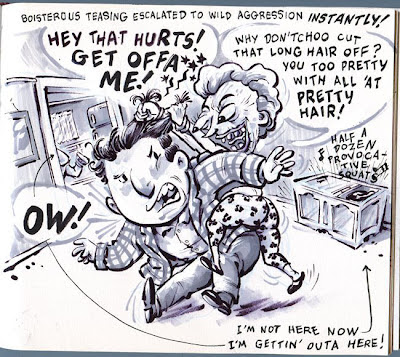 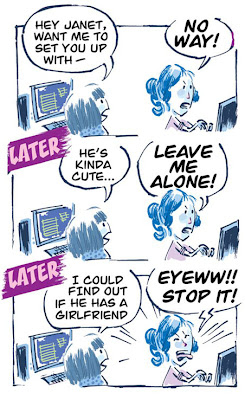 Posted by Chris_Garrison at 8:43 PM No comments:

I recently finished my first non-charity sketch cards* for the U.K. based Unstoppable Cards' The Avengers 50th Anniversary Trading Card Set, based on the 1960's tv series. 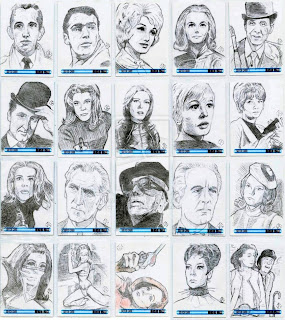 I'm currently working on cards for Alterna Originals 5th Anniversary Card Set, I hope to have these finished and posted online in the next week or so.

*For those that don't know, sketch cards are trading card size (usually 2.5" x 3.5") original artwork that is inserted into packs of trading cards as a premium.
Posted by Unknown at 12:25 AM 2 comments: