There's something called the Alabama Phoenix Festival coming up in 2012. I think it's being put together by the folks at Kingdom Comics, but I'm not totally sure. Here's the festival's OFFICIAL PAGE. And here's their FACEBOOK PAGE. 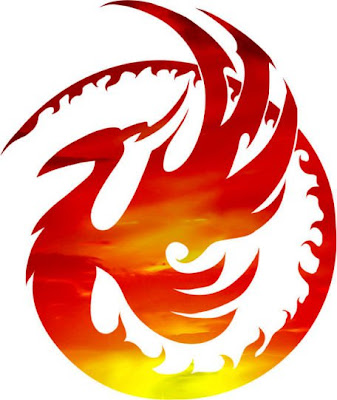 The official page doesn't really explain the festival, but I got this from their facebook page:

The Alabama Phoenix Festival is a fan-based convention featuring comics, science-fiction, fantasy, and much more. We will host a variety of guests, including media guests from film and television, authors, and comic book creators. In addition, there will also be gaming, art show, programming tracks, and expo hall. So come and join us on May 25-27, 2012 at the Cahaba Grand Conference Center, located on Hwy 280 just south of the Colonnade.

Although it's taking place on Highway 280 in late May of 2012, the official page says the festival will actually debut on May 7th (Free Comic Book Day) of this year, somewhere in the same strip mall with Kingdom Comics. Various guests will be there, and you can read about them HERE. And that will also be your first chance to get festival memberships and T-shirts. At a special rate, even!
[edit! -- It turns out that the Alabama Phoenix Festival is NOT a Kingdom Comics production. Kingdom is just supporting it and doing the comic book track for them, like they did Imagicon. The backers of APF are Steve Charleson and Tim Stacks.]
Posted by Chris_Garrison at 4:55 PM