Our eleventh official conventionette was totally nice.  We were at the J again, and we had a chipper group: Frank Cummings, Tim Spinosi, Ben Faucher, Richard Haigler, and Garth Potts were there.  And we welcomed first-timers Kinch Raby, II, and Andy Gray.  And there was me, Chris Garrison. 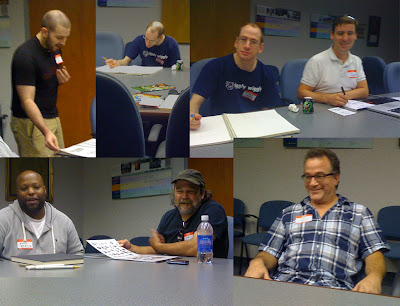 I heard our fellow SHC, Kirk Creel, came down with what sounds like a bad case of the pancreatic cancer.  Yeesh!  So, instead of working on comic jams and caricatures as we sometimes do, we hatched this collaborative card for him: 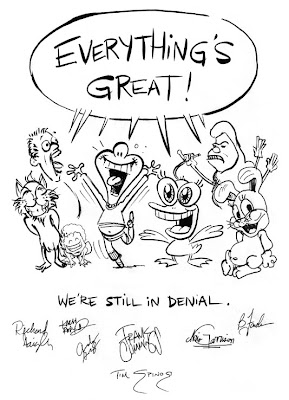 Plus, I got some cool guest art in my sketchbook: 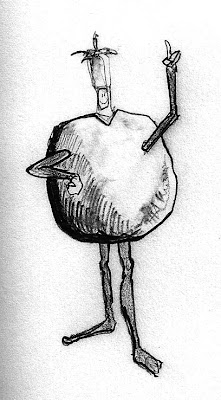 Fruit of the Loom Apple Guy, by Kinch Raby, II 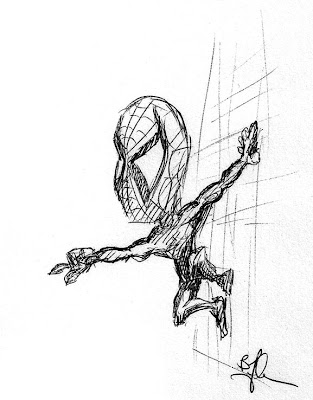 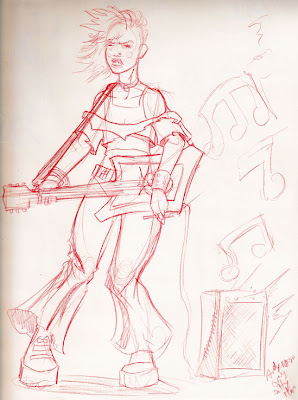 As usual, we snacked on Oreos, Nutter Butters, and Chips, Ahoy! cookies.  Then, Tim and Frank got into a breakdancing contest.  Frank was poppin' and lockin', but Tim started doing the hopalong worm, all around the perimeter of the boardroom, in circles.  He continued in this way for an hour and a half, until everyone conceded that he was the winner.  For those of you who missed it, you really should have been there!

All tolled, everybody had fun at the slam, and there was much camaraderie.  So join us, won't you, for the NEXT Salty 'Ham Slam! (as yet unscheduled) (official members and invited guests only, please)

Thanks for the card guys. I hope I can be up for the next get together.

Whenever I see Frank Cummings' quick pen doodles, it reminds me I want to track down his old Cracked work. Or wish that he'd do some new work in this vein (if he's got any time after working on Blondie.) I like the Al Jaffee style up-turned foot..

Best wishes to Kirk Creel, I'm sorry to hear that.