Our thirteenth official meet up was rockin' good.  We were at Kingdom Comics this time.  Thanks for hosting, Kingdom!

I'd gone waaay too long without scheduling a Salty 'Ham Slam.  Then, when Melissa Shultz-Jones and James Hill started talking about getting together to talk about tips and techniques, I said let's call it a Slam!

Am I leaving anybody out? 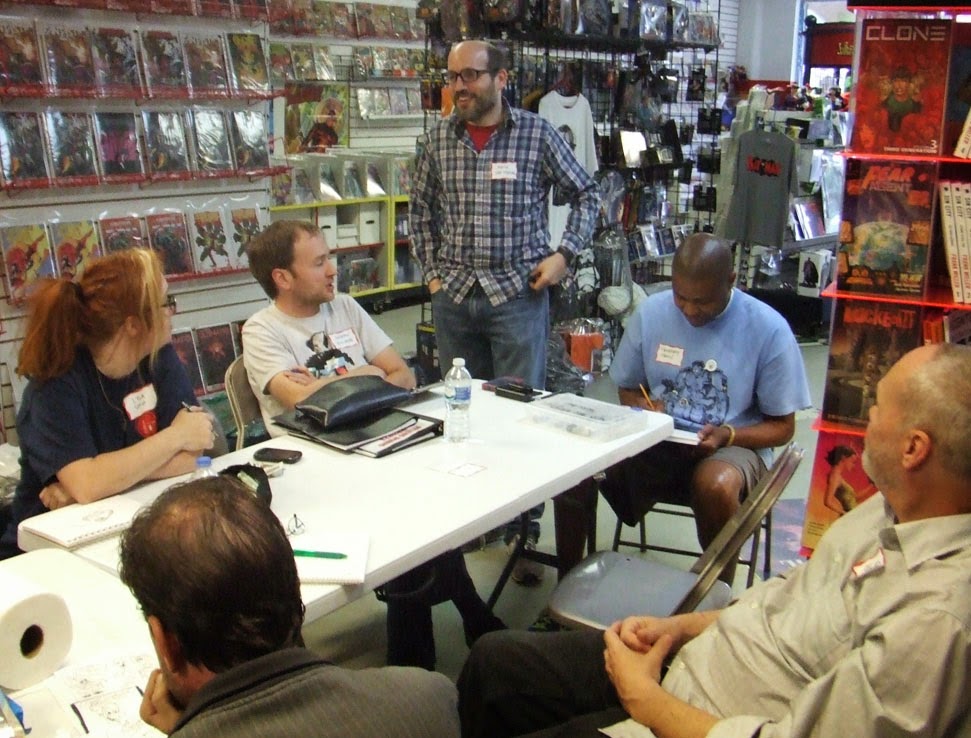 Far side, left to right: Lysa Shin, Andrew Willmore, Kevin Van Hyning, and Geoffrey Gwin.  Kevin is talking about the roadkill armadillo he had for breakfast, and you can see
how uncomfortable it's making everyone. 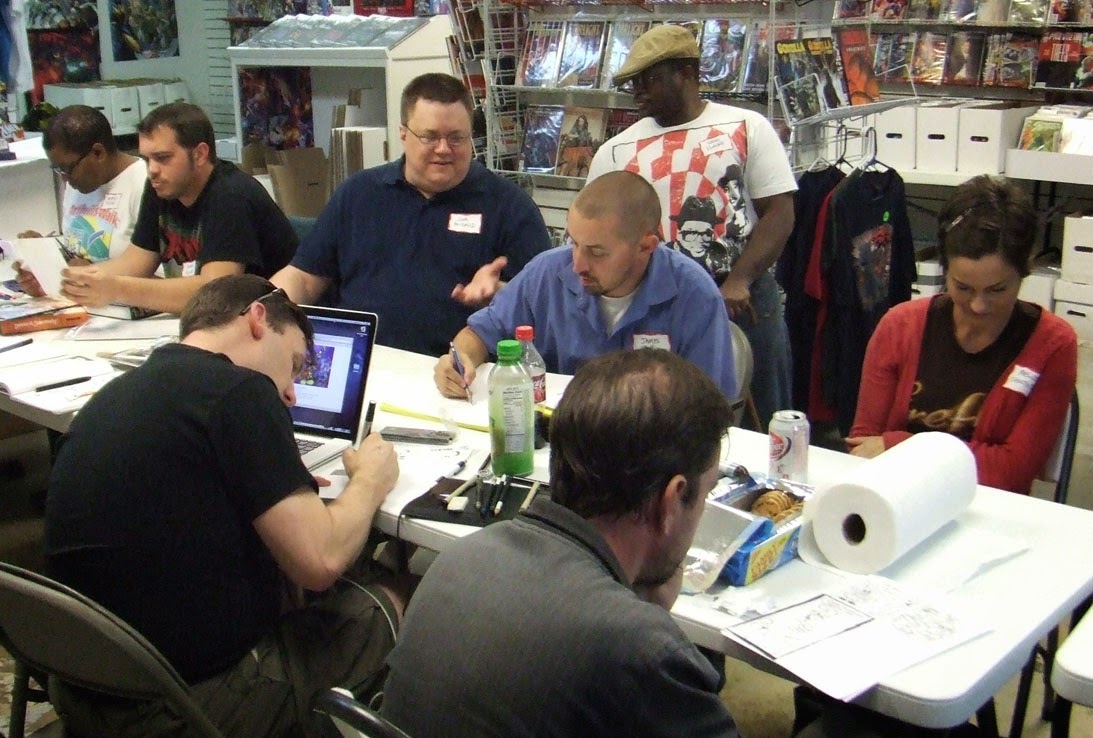 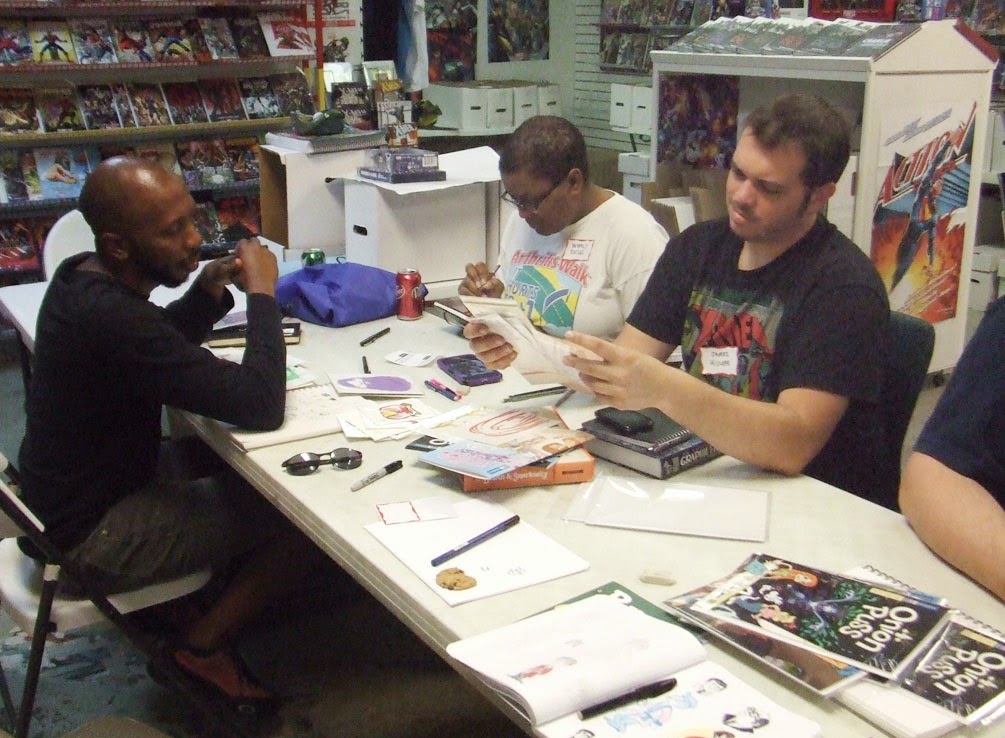 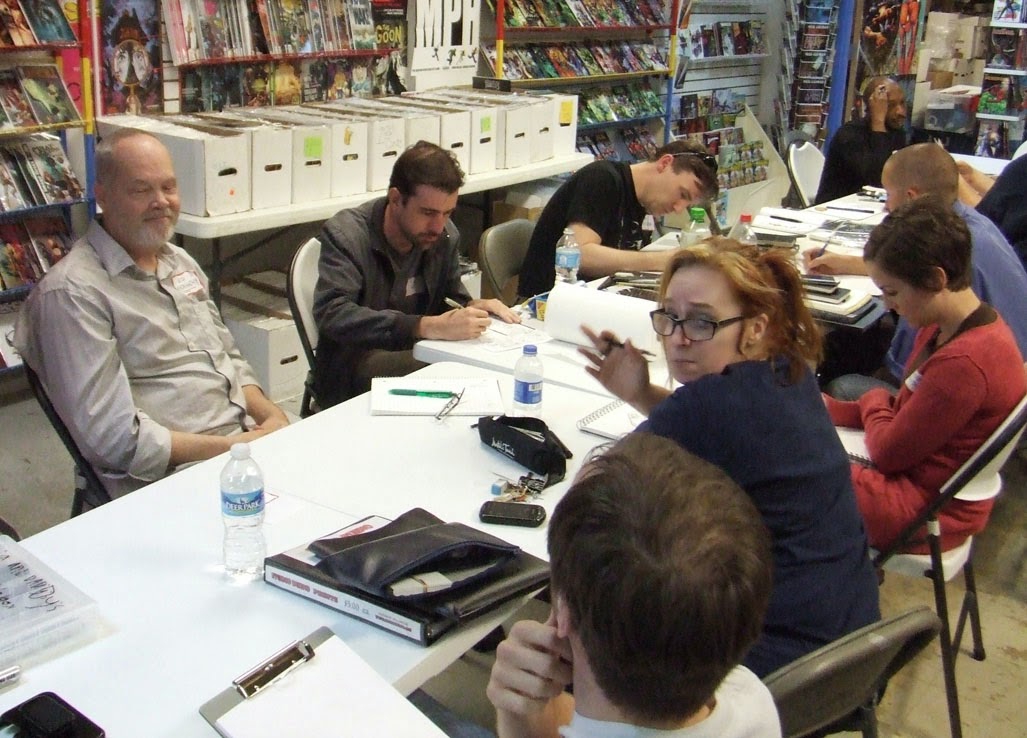 Unfortunately, I didn't get pictures of everyone.  I forgot to take a picture of myself, so just trust me when I say I looked phenomenal.

Everybody discussed their favorite pens, digital art-making, superhero movie-casting, complicated sexual positions, and all the other stuff cartoonists love to talk about.  And we also drew a few comic jams. 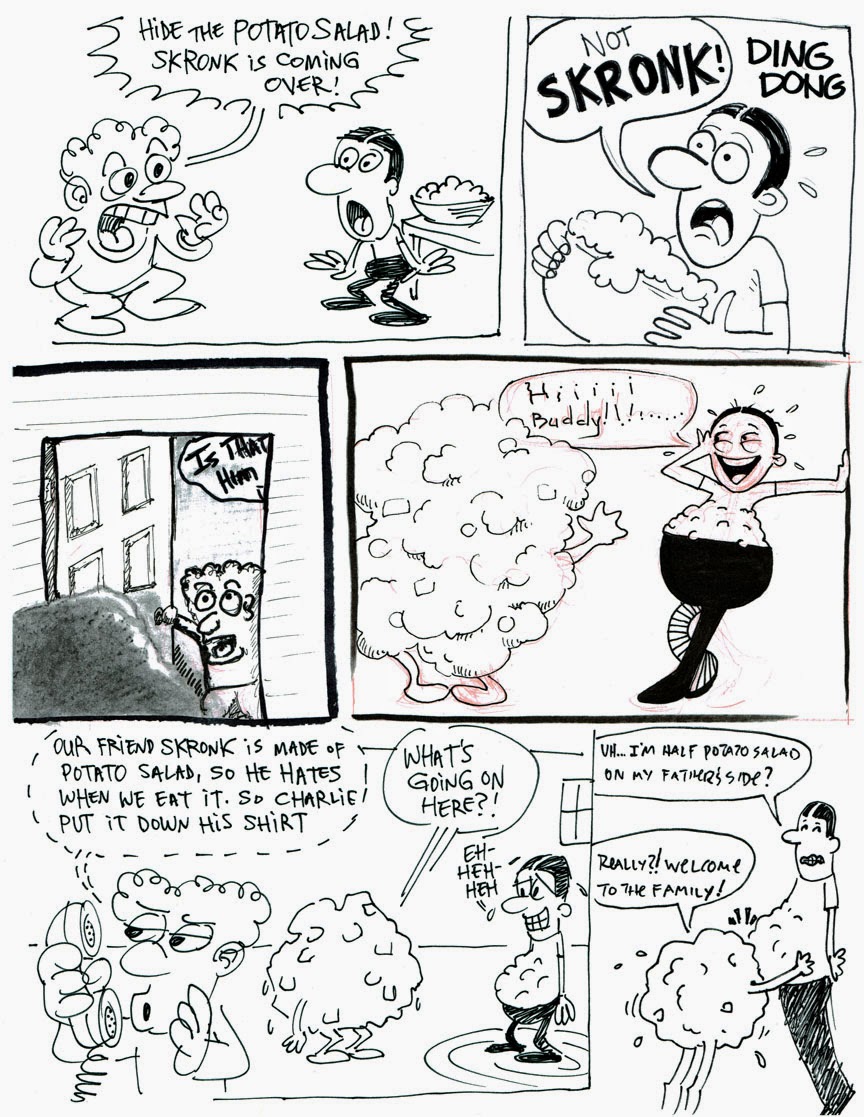 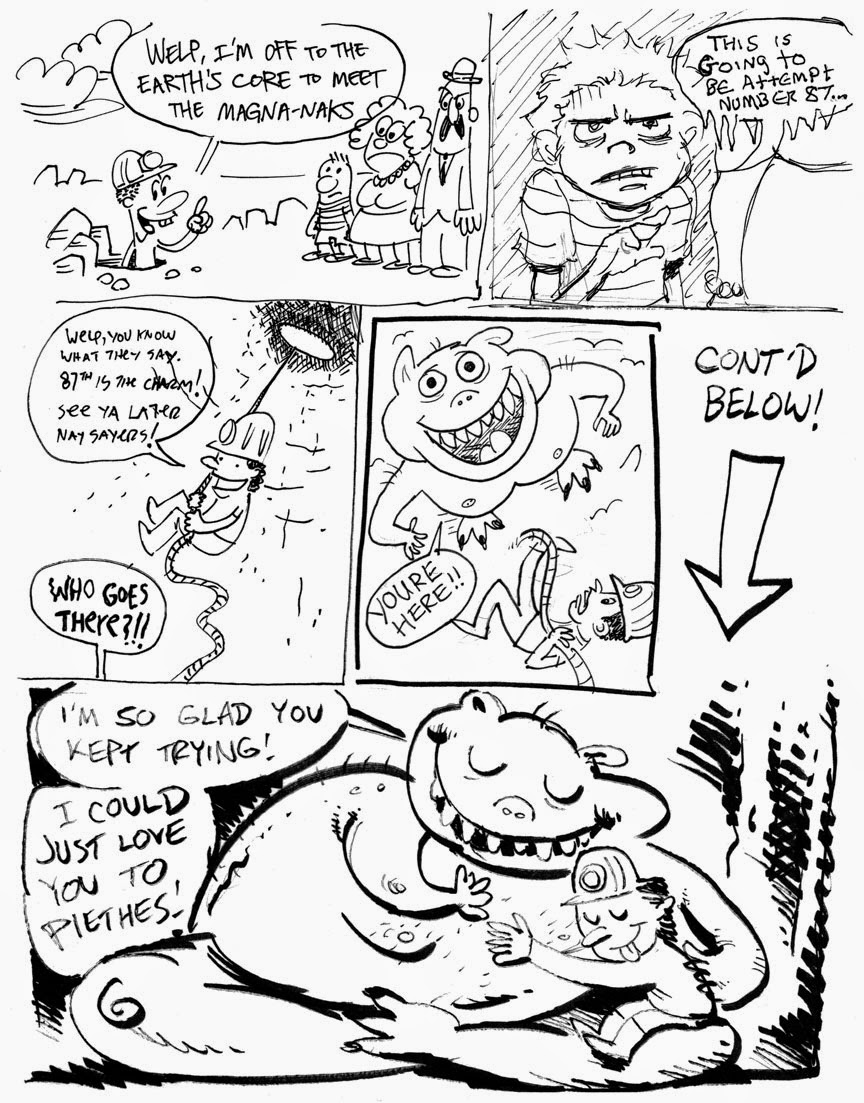 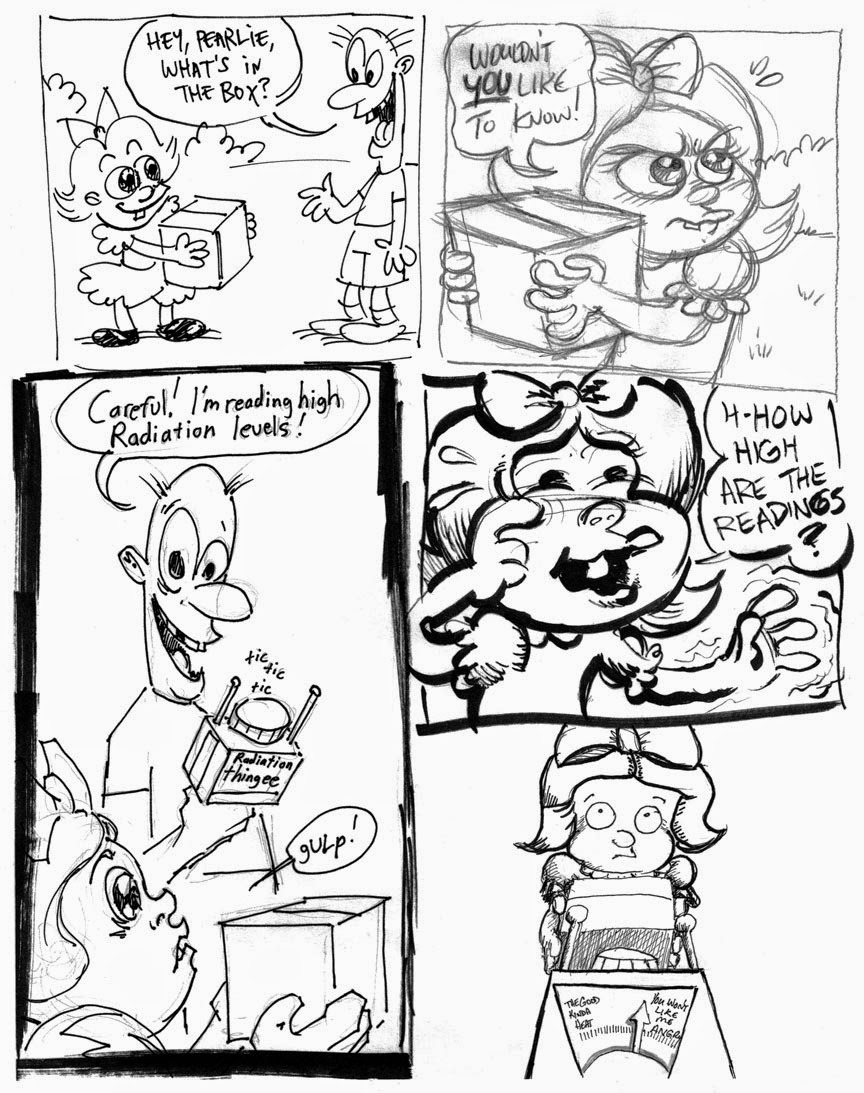 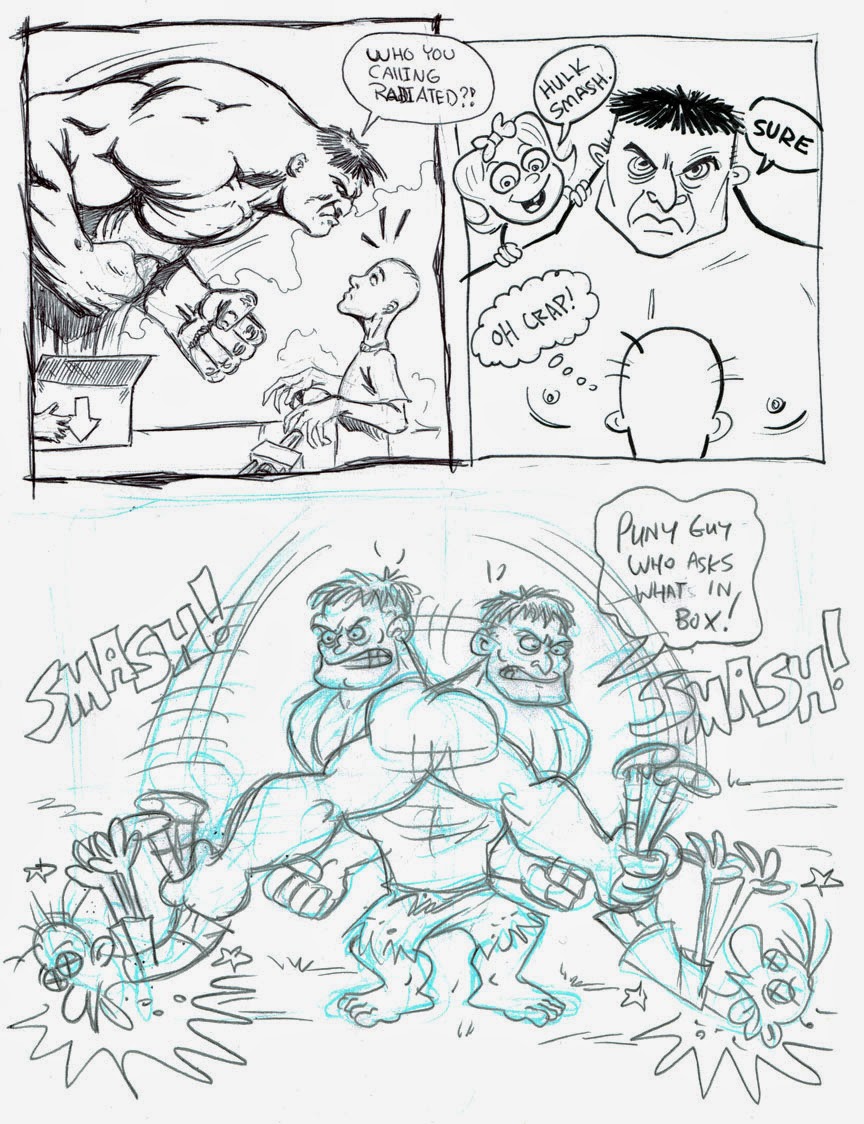 As usual, we snacked on Oreos and Chips, Ahoy! cookies.  Then, a masked gunman tried to rob the comic shop.  But Melissa Shultz-Jones and Beverly Toole quickly formed a superhero team called Faygo & Fanta (I'm not going to reveal their secret identities by telling you which is which).  Faygo & Fanta used their Super-Bubbly Fizz Powers to foil the heist in short order.  For those of you who missed it, you really should have been there!

All told, everybody had fun at the slam, and there was much mingling.  So join us, won't you, for the NEXT Salty 'Ham Slam! (as yet unscheduled)