Our tenth official powwow was a hoot. We were at the J again, and we had a nice little crowd:
Richard Haigler, Kirk Creel, Ben Faucher, Derek Anderson, Ed Abernathy, Tim Rocks, Perry Sessions, and Nolen Otts were there. And we welcomed first-timer Tom Briscoe. And there was me, Chris Garrison. Pretty good group!

I took advantage of the friendly atmosphere by getting in some caricature practice. I've never really been a live caricature artist. Oh, I've occasionally drawn folks from photos, taking a lot of time to study over them and try different approaches. But I've rarely ever sat in front of a person to caricature them on the spot. I think my results were okay, and I definitely enjoyed it. I'm considering doing more to hone the skill. Anyway, here are my attempts, accompanied by photos from the meeting: 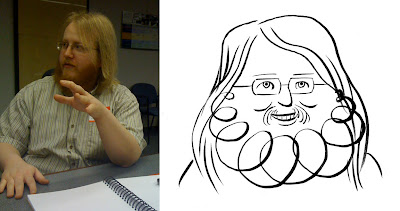 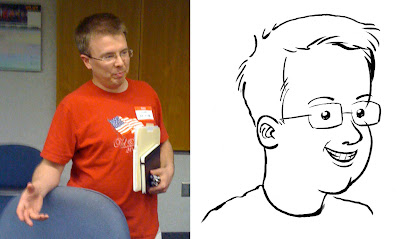 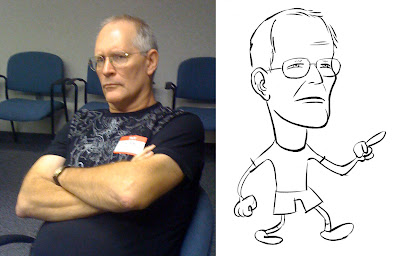 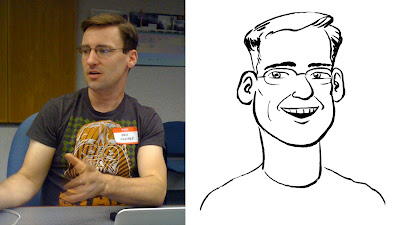 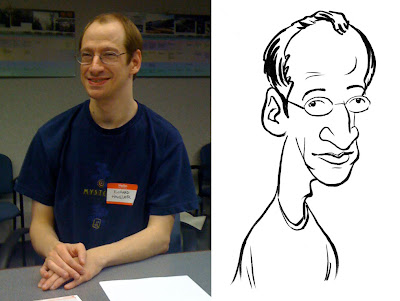 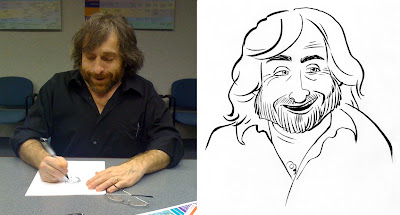 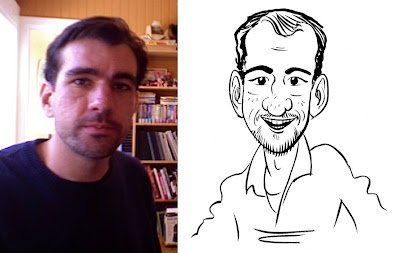 Tim Rocks (I forgot to get a picture at the Slam, so here's an old one) 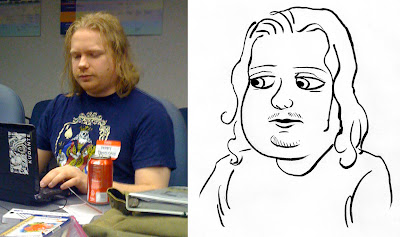 Perry Sessions
Crotchety old Ed Abernathy, the seasoned caricaturist, wouldn't let me draw him! Sheesh. What a grouch. However, he entertained us all (as usual) with his brilliant ideas on how to bilk tons of cash from the general public. So I forgive him.

Ben Faucher drew me as I struggled to get it right: 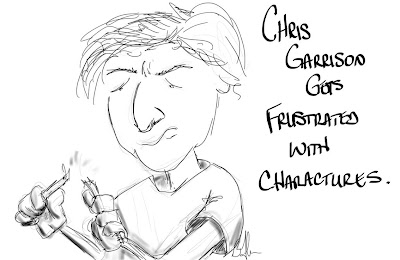 I'll offer this for comparison: 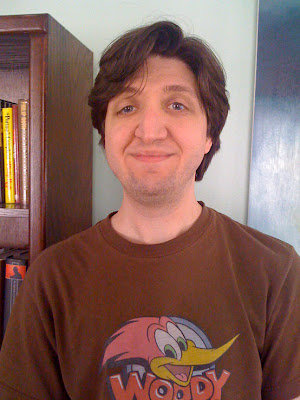 And Nolen Otts offered this lovely, even angelic rendition. This is what my wife thinks I look like: 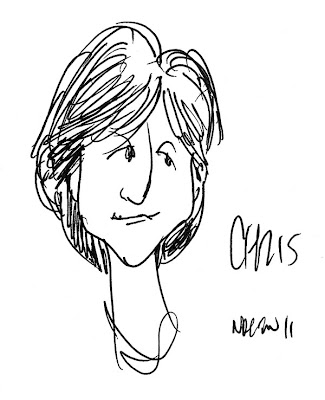 As long as I'm showcasing drawings of myself, for anyone who hasn't seen it, let me again present my favorite caricature, given to me by our fellow SHC Garth Potts, a while back: 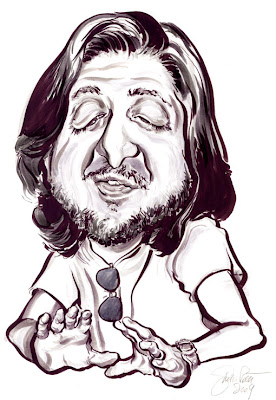 As usual, we snacked on Oreos, Nutter Butters, and Chips, Ahoy! cookies. Unfortunately, Kirk tried to swallow the chuck key from a Makita rechargeable drill, turned purple in the face, and had to be given the Heimlich. Good job, Ben! You're totally on the ball! For those of you who missed it, you really should have been there!

Also, we discussed ideas about organizing a competitive cartooning event. More on that as it develops. (or less on it, as it doesn't)

With all the delving into caricature world, I failed to start a comic jam this time. Luckily, Derek Anderson took the initiative, and drew the first panel of this one: 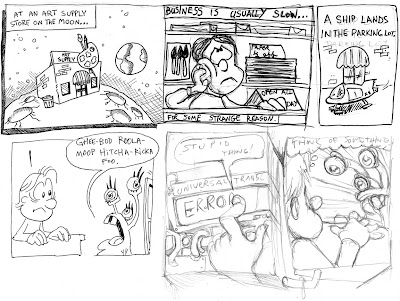 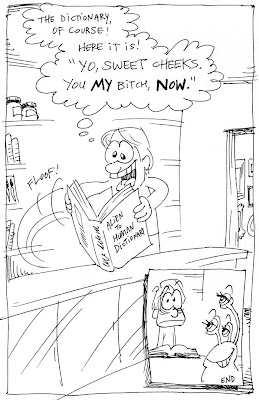 All tolled, everybody had fun at the slam, and there were plenty of smug smiles. So join us, won't you, for the NEXT Salty 'Ham Slam! (as yet unscheduled) (official members and invited guests only, please)

Woot. not only did i like your characature of me, but that photo aint half bad either. a very articulate pose.