Here's an illustration I did recently for an educators' workshop at Central Michigan University.  To offset the harsh realities of history, I decided to depict all the characters with pleasant looks on their faces. 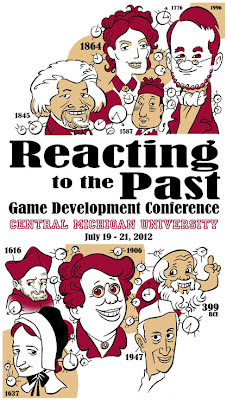 Posted by Chris_Garrison at 8:15 PM