Those who came to Sunday's slam met Walter Simon and saw a few of his sketchbooks. Apparently he has a ton of them, all overflowing with weirdness, which, according to him, freely springs forth from his mind of its own accord.

Well, he's been scanning those sketchbooks, and he's started up a blog: Walter's Brain. Judging from the writing there, I have to wonder if he's blessed with a mild form of schizephrenia! I just hope that blessing doesn't become a curse. Let's leave some comments there and bug Walter (aka "Buddy") about joining SHC officially: 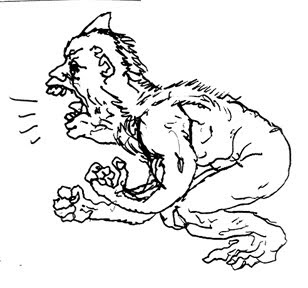